The 14th Red Cross International Humanitarian Law Moot Court Competition of Mainland China Round was held at Southwest University of Political Science and Law from December 4, 2020 to December 6, 2020. With excellent English debating and writing skills, the team from Shanghai Jiao Tong University KoGuan School of Law competed with 30 teams including teams from Peking University, China University of Political Science and Law, Zhongnan University of Economics and Law, Tongji University and other universities, and won the Second Prize of the 14th International Red Cross Mock Court Group in mainland China. 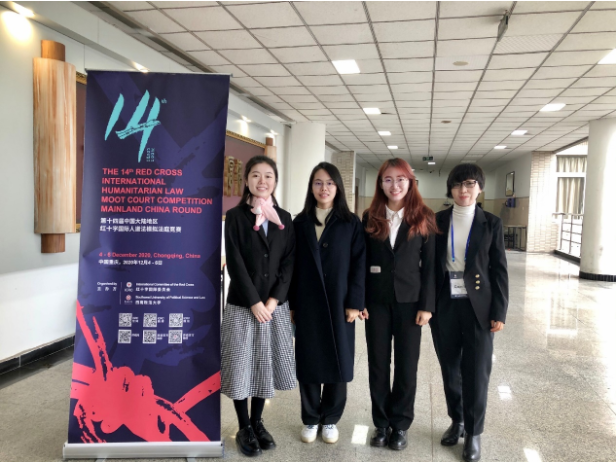 The International Humanitarian Law Moot Court is an English-language moot court competition sponsored by the International Committee of the Red Cross (ICRC). As the leading organization in the implementation of humanitarian policies and laws, the ICRC has been highly respected and valued by the international community since World War II. The Moot Court Competition is one of the most influential moot court competitions in the world, attracting attention and support of current judges, legal experts, foreign consuls stationed in Hong Kong and practicing barristers from countries around Asia and the Pacific. The competition also played a great role in promoting international humanitarian law and cultivating students' interest in it. 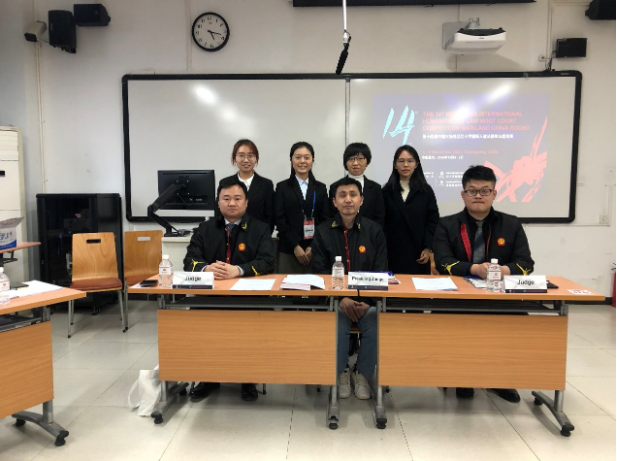 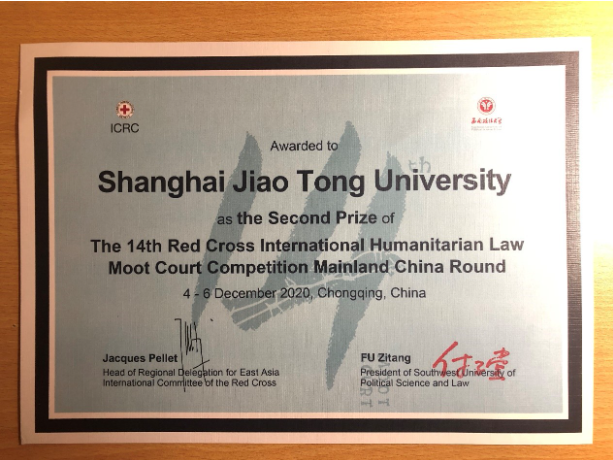