Later, the two sides exchanged views on the possibility of cooperation on student exchange programs, short-term seminars and doctor education, based on KoGuan’s current cooperation patterns with other universities.

After the meeting, the two sides presented souvenirs to each other and took a group photo as a commemoration. 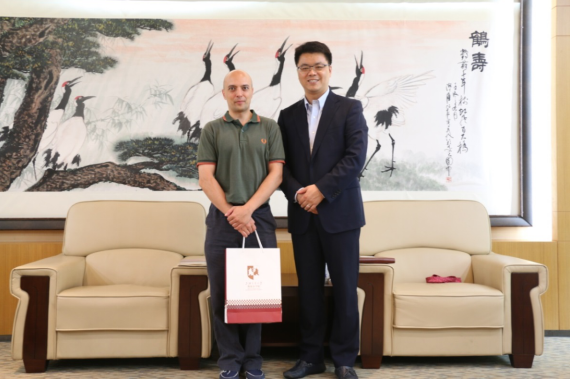 Attachment: Brief Introduction to Université Paris X
Université Paris X, one of the most famous public comprehensive universities in France, is a member of the thirteen universities that were reorganized in the 1960s by the European Millennium School of Paris. Since its establishment in 1964 when it is named officially as Université Paris X, the school has trained a large amount of talent in science and technology, education, economics, politics, culture and art for France and the rest of the world.