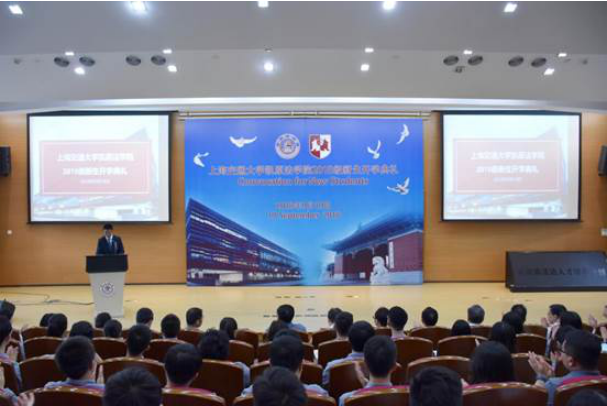 On the afternoon of September 19, the 2018 KoGuan freshmen opening ceremony series was held in the Oriental Hall of Leo Koguan law building. 290 undergraduate, master and doctoral freshmen attended. 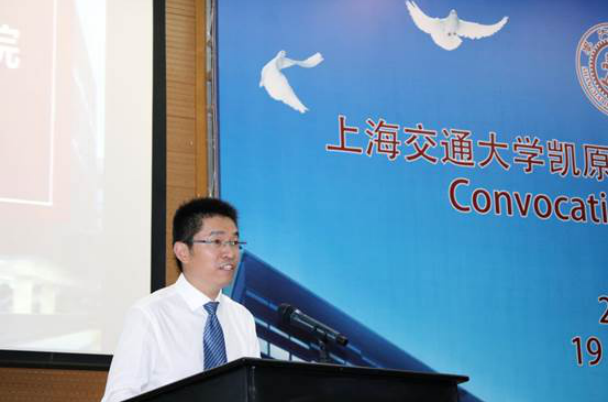 The ceremony started after the national anthem was played. On behalf of KoGuan, Kong Xiangjun delivered a speech to the freshmen. He introduced the history and the achievement of KoGuan School of Law and pointed out that after 40-years reform and opening up, the students of KoGuan School of Law must take responsibility for the country. With the words “CHENGREN, QIANGJI, XISHI”, he encouraged the students to become a better person, solidify the foundation, and cherish the time. He hoped that the students should pay attention to static law, especially the jurisprudence, legal philosophy, legal history and other basic departmental law, cherish time and make full use of the time when they were at school. 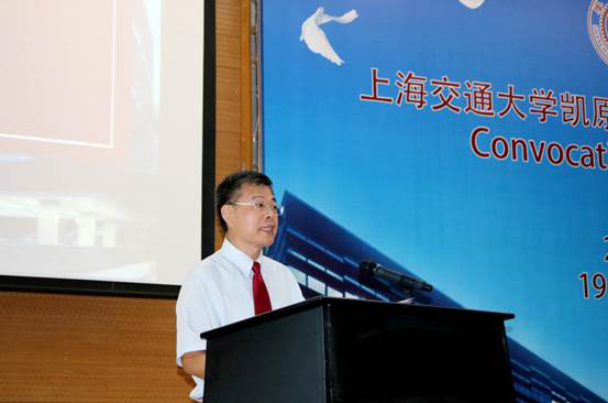 Dr. Zhang Jieying, spoke as a representative of the students. She took her experiences in the Supreme people's court and Columbia University as an example, shared her feeling when she was studying in KoGuan School of Law. 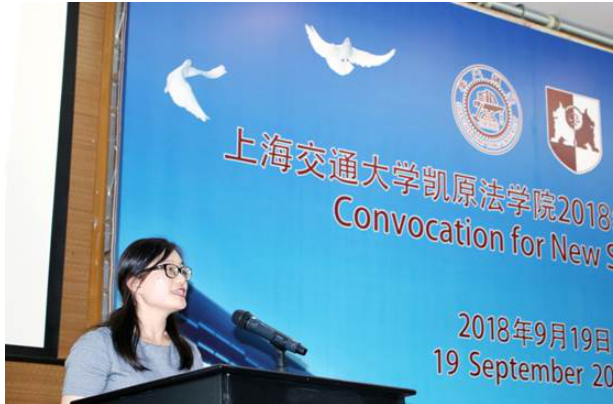 Xu Jiajia and Shen Tianyi spoke as a representative of the new undergraduates and postgraduates respectively. Xu Jiajia shared her understanding of equity and justice, while Shen Tianyi said that he was determined to devote himself to rule of law after 4-years legal study. 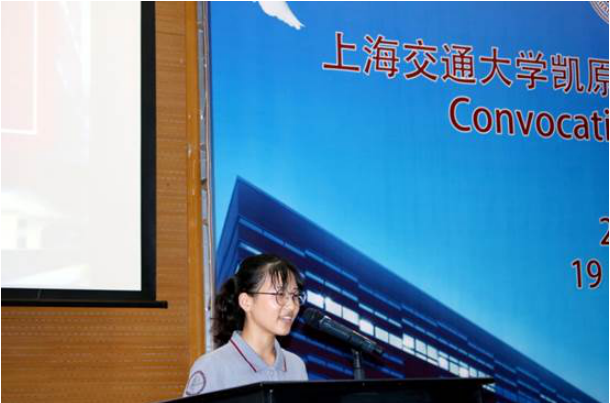 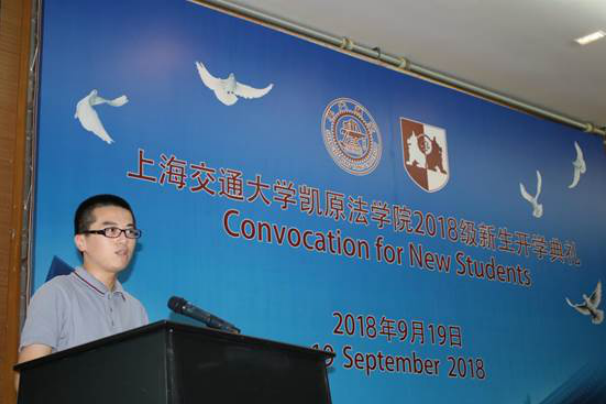 The "High-Quality Rule of Law Talents Training Program" was one of a series of effective educational measures launched by KoGuan School of Law after a great debate about educational ideas. Zhang Yangbo introduced the plan and its five sub-projects. The signing ceremony for the donation of ShenHao Law Firm, GuoSheng Law Firm and GaoHui was held on the spot. Subsequently, Kong Xiangjun, Wang Houji, Hou Shibing and representatives of the donors poured golden sand together, symbolizing that the program would achieve great success. 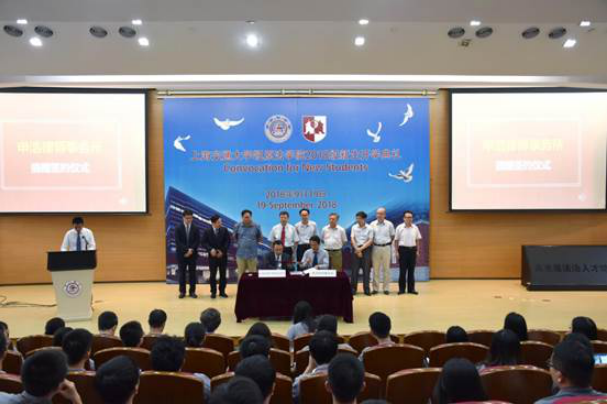 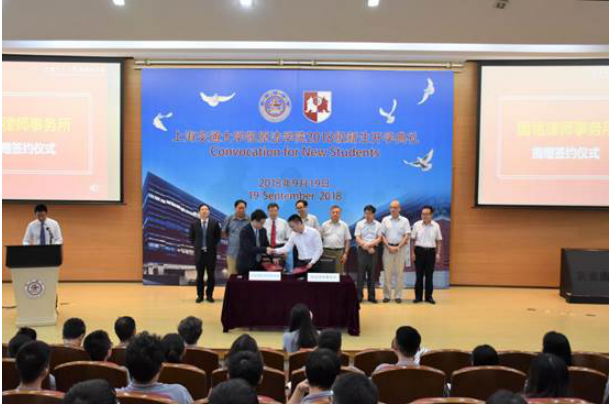 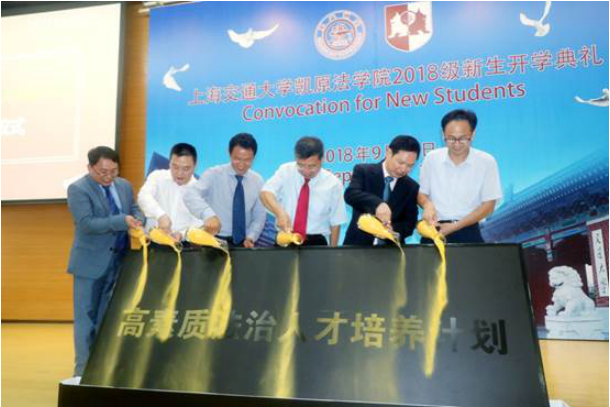 During the ceremony, the winners of the 2018 Dean’s Awards were announced. 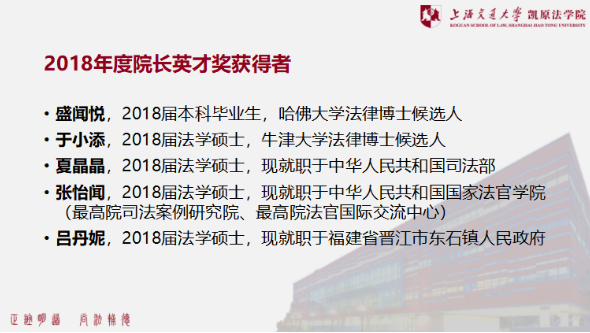 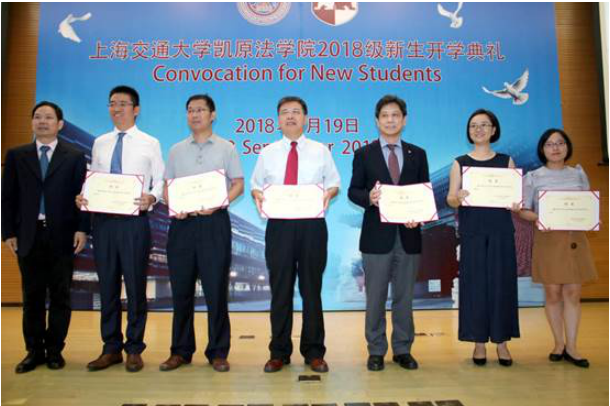 Subsequently, all the freshmen solemnly swear: "I volunteer to dedicate myself to the rule of law, bearing in mind the school motto, being virtuous and diligent, struggling for fairness, justice and human progress.” 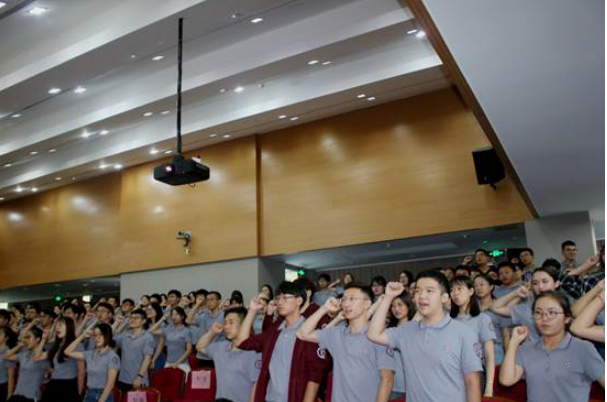 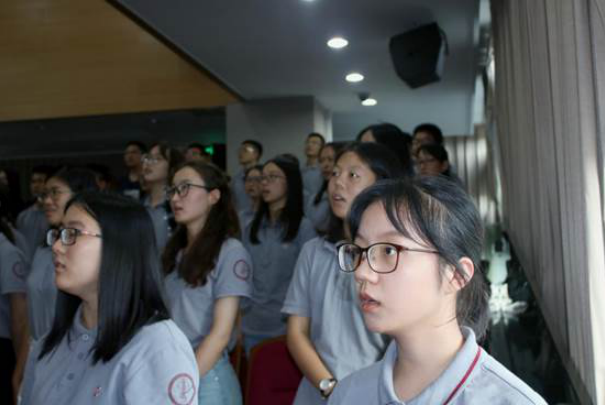 After the opening ceremony, Wang Houji gave a vivid lecture to all students with the title of “study knowledge about ethics and law and become the best”.

At the beginning, Wang Houji reviewed the history of SJTU and KoGuan. He traced back to the time of Nanyang Public School and analysed the meaning of “Jiao Tong” in order to help students to understand the spirit of SJTU. He also cited Yu Qiuyu’s comment on SJTU to explain the meaning of “Jiao Tong”. Yu Qiuyu said that it was this university that led Chinese to get rid of poverty and enter a new era of modernization, so it was called Jiao Tong University. When Wang Houji talked about the history of KoGuan, he emphasized the stories of Cai Yuanpei, Zhang Yuanji, Wang Chonghui and Li Shutong, and then the leaping development of KoGuan School of Law after the rebuilding. 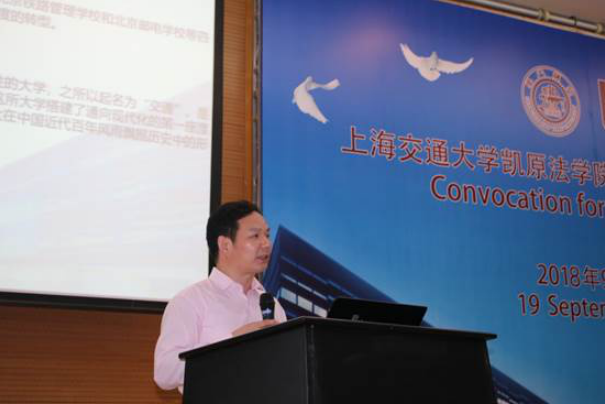 Later, Wang Houji took the difference in the shapes of a water cup observed from different angles as an example, leading the students to understand themselves comprehensively and profoundly. He hoped that the freshmen would be able to accept themselves on the basis of knowing themselves at school, and finally transcend themselves. He pointed out that students should deeply understand their initial intentions, which would affect what kind of people they grew up to be. Helping students to achieve themselves and realize their own life values was one of the goals of the school. 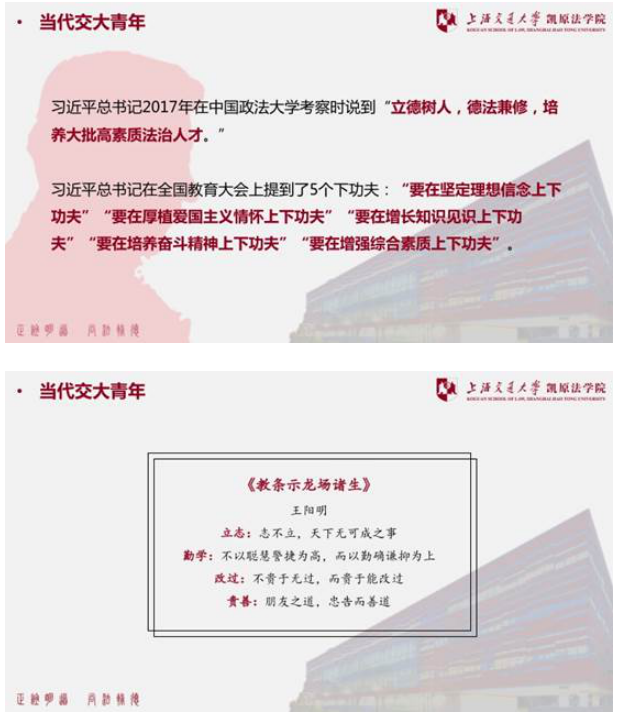 Eventually, Wang Houji gave a party education for the new students. He interpreted “set a goal, diligence, correct mistakes and kindness” in Wang Yangming's poem “Doctrines for Students from Longchang”. He also introduced what General Secretary Xi Jinping said when Xi inspected the China University of Political Science and Law in 2017. He used Xi’s message to young people about ideals, interests, learning, reading, practicing, mentality, self-improvement and struggle to encourage freshmen to bear in mind the school’s motto and become a well-rounded legal practitioners, and make contributions to the rule of law and modernization of the country's governance ability and governance system.

Prev: Professor Xue Guifang was appointed as the vice president of the "Marine Culture Education Alliance"