On the evening of December 3, Rhodes Scholarship released four Chinese Rhodes Scholars of 2017. Mao Xiao, an undergraduate student of Year 2012 in our college got this award. This is the first time that a student from Shanghai Jiao Tong University has gotten this honor. 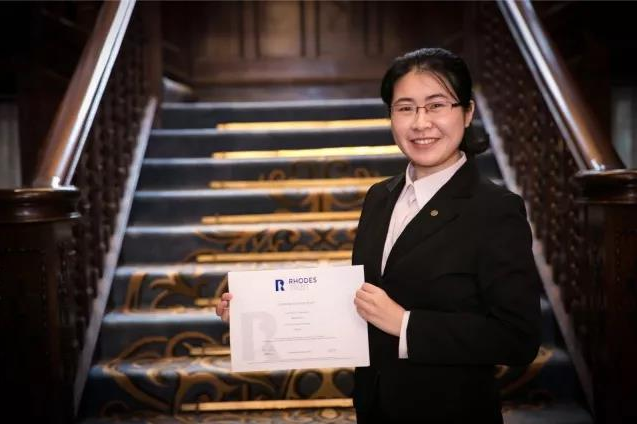 The Rhodes Scholarship is a postgraduate award supporting exceptional students from around the world to study at the University of Oxford. It was established under the will of Cecil John Rhodes and has been operating since 1902. These are among the qualities sought by the Selection Committees: scholastic ability and achievements, courage and strength of character, leadership ability, unselfishness, interest in one's contemporaries, and physical vigor.

Four Chinese students passed a rigorous final round of face-to-face interviews in Shanghai and stood out in a group of 14 final candidates to earn prestigious Rhodes scholarships for postgraduate study at the University of Oxford. 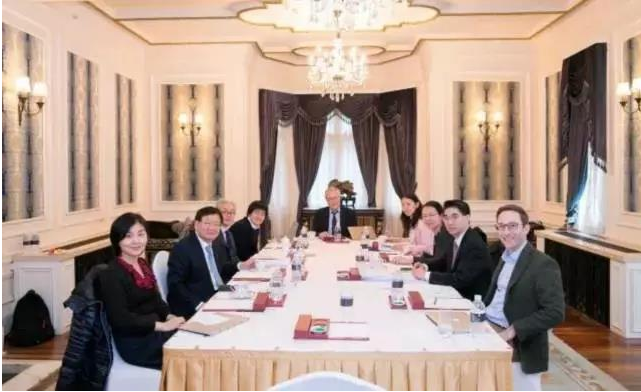 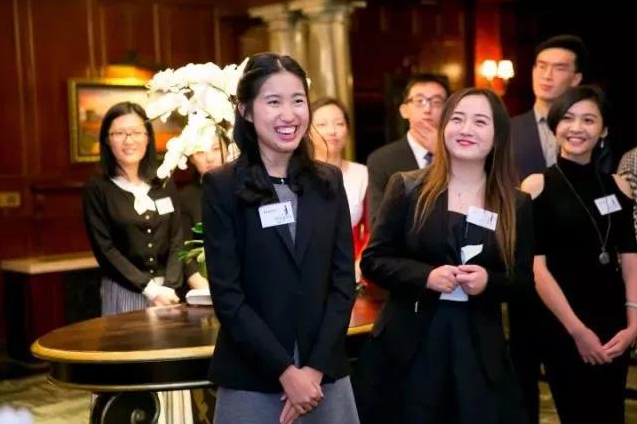 Getting to know the 2017 Rhodes Scholar: Mao Xiao 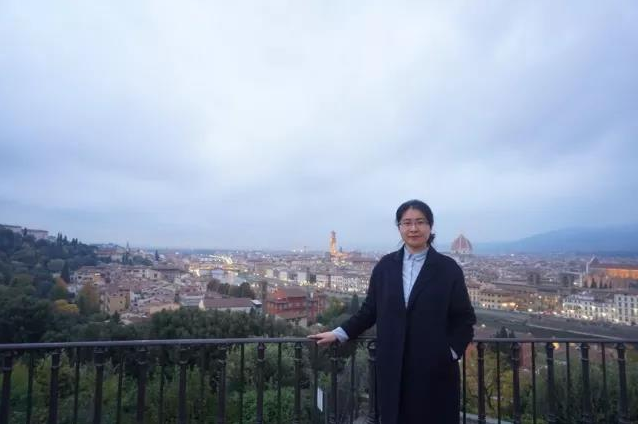 △Mao Xiao holds an LLM from University College London with distinction, and an LLB (with distinction) from Shanghai Jiao Tong University. She is doing an MSc on International Criminal and Criminology at VU Amsterdam.She previously worked for an international law NGO based in China and the Hague, and at the Center for Tokyo Trial Studies. She also worked at a law firm of public welfare called Public International Law & Policy Group, and she was engaged in the practical work of international law. She was also awarded as Outstanding Graduate of Shanghai, national scholarships and many other honors. She got the scholarship by the Leo KoGuan Foundation for two consecutive years. 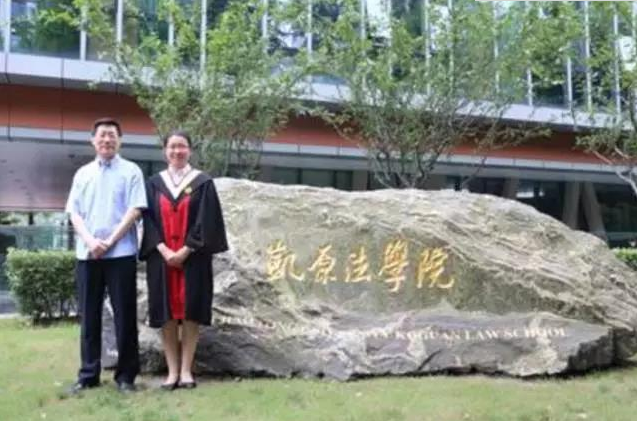 △This is a photo of Mao Xiao and associate professor Xu Xiaobing, who was her instructor of graduation thesis. During the 2016 session of the outstanding Bachelor's degree Thesis (Top 1%) of Shanghai Jiao Tong University, a total of 51 papers recommended by 24 institutions (department) participated in the selection. These papers represented the highest level of the theses of Bachelor's degree of each specialty of Shanghai Jiao Tong University, which was a wonderful show for the 2016 graduating students to display their learning achievements to the Alma Mater.

During her undergraduate period, she participated in the International Humanitarian Law Moot Court Competition, and won the national first prize. And the she was on behalf of the continental team to participate in the Asia-Pacific final competition. She also led the Shanghai Jiao Tong University team to participate in the International Criminal Court Trail Competition, and ranked the first for nine times in different sections. She was awarded the title of “Zhengdao Scholar" for the successful research projects of the Jiaotong University funded by the Li Zhengdao couple. She participated in the 2016 academic conference of Trinity College Dublin, the 2015 International Humanitarian Law Seminar, the International Symposium on International Criminal Law and the Judicial Civilization organized by Zhejiang University, the Youth Scholars Forum on World War II, and other Chinese and English academic meetings, and she read the paper. As the only law student, she got top 1% Outstanding Bachelor's degree thesis of Shanghai Jiao Tong University, and published a number of English and Chinese academic papers. 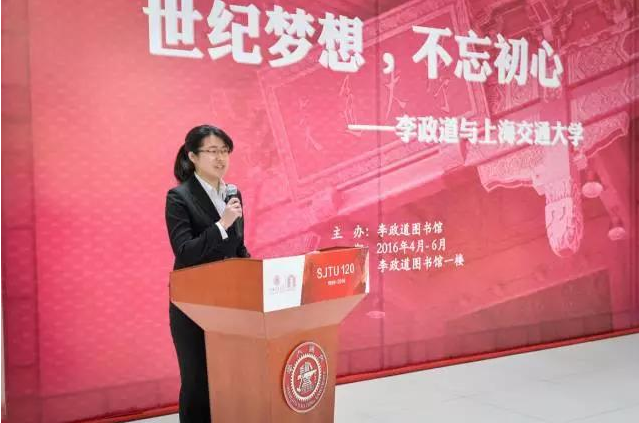 △On April 5, 2016, Mao Xiao spoke on behalf of the funded students at the opening ceremony of the theme exhibition "Century dream, do not forget your initial heart—Li Zhengdao and Shanghai Jiao Tong University". She expressed her deep gratitude of the project to Mr. Li. With the generous help of Mr. Li, she gained the opportunity of interdisciplinary thinking and communication, which increased her interest in academic research, and she determined to devote herself to academic and scientific research undertakings so that she could live up to the original intention of the project.

In the field of student activities, she was the head of the Legal English Association of Shanghai Jiao Tong University, who organized reading classics of international Law, held Legal English speech contests, and trained talents in mock court competitions. With the support of the Chinese Initiative on International Law (NGO) and the Daotong Legal and Commonweal Project, she led her team members to promote the public's contribution to the Tokyo Trial from a legal perspective, and she acted as a part-time researcher of the Tokyo Trial Research Center of Jiao Tong University to study the related issues of the Tokyo Trial from the perspective of law. She also organized events such as the Shanghai exhibition of Syrian refugees and the conference of the International Day of Justice to promote concerns and researches on international justice and refugee issues. She participated in the "Top China: Brazilian talents visiting China" exchange project, the Korea Pohang "Humanitarian Law and Humanitarian Action" project, international Law Advanced Seminar of Xiamen University, visit to Rhodes College of Oxford University, visit to the Hague International Judicial offices of the Netherlands and other international exchanges. 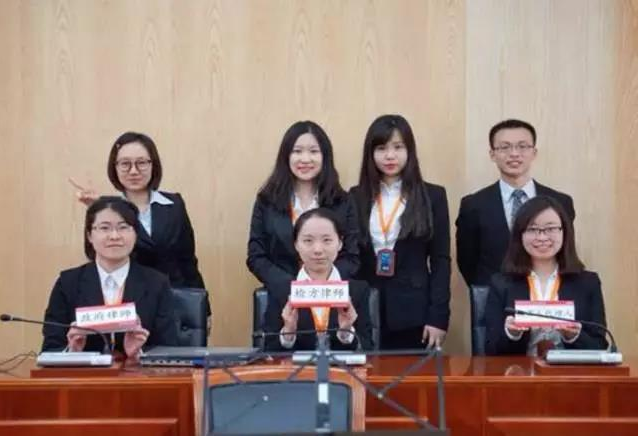 Next: Ji Weidong, Dean of KoGuan School of Law, Professor Shen Guoming and Professor Cheng Jinhua were invited to attend the International Forum on Rule of Law and Reform (2017)