From November 11th to 12th, the International Forum on Rule of Law and Reform (2017) was held in Hangzhou. The forum is co-hosted by China Law Society and sponsored by Zhejiang University and co-sponsored by National "2011 plan" and Judicial Civilization Collaborative Innovation Center, Zhejiang University Guanghua Law School and Social Science Research Institute of Zhejiang University. The theme of the forum is "Social Law and Construction of society ruled by law." Ji Weidong, Dean of KoGuan School of Law, Professor Shen Guoming and Professor Cheng Jinhua were invited to attend this forum and make keynote speeches. 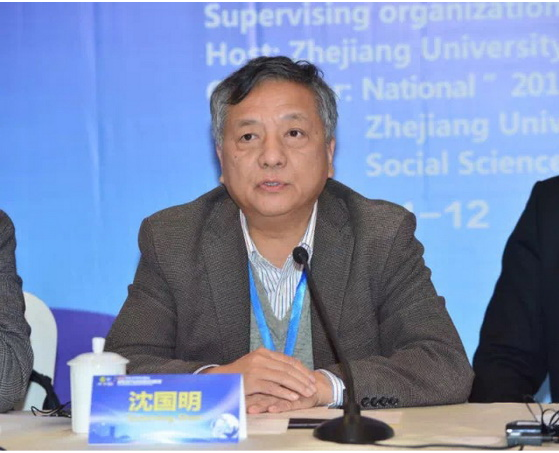 President Ji Weidong made a keynote speech on the theme of "The path of rule of law in China" at the opening ceremony of the forum. In his view, the key to promoting the rule of law in China is to regroup the relationship between executive power and judicial power. In the process, people should be willing to actively use the law. In other words, the system of legal mobilization is very important. In his view, it is necessary to introduce a new type of judicial mass line, hand over the initiation of legal proceedings to the parties and promote the implementation of law through lawyers. Only in this way can we accomplish the idea of a society ruled by law and the rule of law in China. 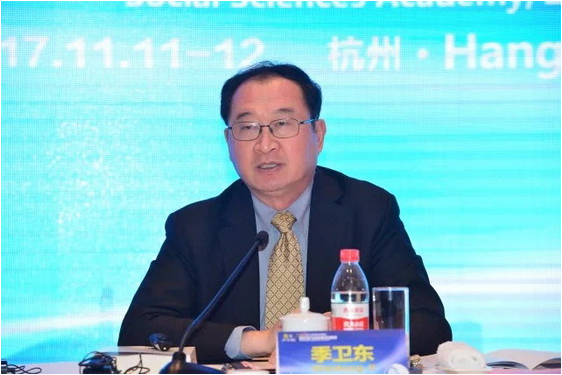 Professor Shen Guomeng made a speech in the second unit of the forum entitled "The integration construction of legal state, a law-based government and society ruled by law" with the theme of "Building the rule of law and society is the inherent need of constructing a modern China." He believes that the society ruled by law is not only the inherent needs to build modernized China, but also the requirements of social governance. In the process of social construction, the rule of law can focus on five issues: poverty alleviation for the poor, narrowing the income gap, health and medical systems, education and housing. In the conflict resolution of specific aspects, such as urban property management, the combination of the rule of law, virtue and autonomy is needed.

Professor Cheng Jinhua expressed his opinion titled "On the Rule of Law Society" in the Fifth Unit of the Forum entitled "Dissolving by Contradictions". His speech developed in three aspects: why we should care about the concept of a society ruled by law; how to understand the concept of a society ruled by law; and how the law-based society should be constructed if it is a project. Professor Cheng explained the ideas contained in the concept of the rule of law society, analyzed the essay of the state by law in the report of the 18th National Congress of the CPC, combining the disintegration and reconstruction of the social order since the late Qing Dynasty in China and the reality that the law penetrates the grass roots and is dispelled by villages and towns in the past 40 years. He proposed that efforts should be made to solve the coupling problem between the state and the grass roots social order. 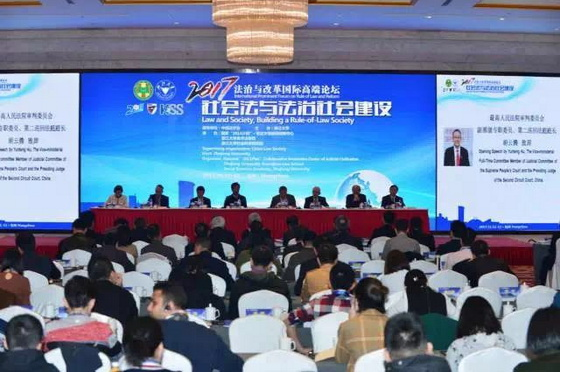 The forum lasted for two days, and more than 100 scholars from home and abroad, the experts in the practical departments carried out in-depth discussions and extensive exchanges on social autonomy according to law, the people consciously abide by the law, and contradictions resolved according to law, so as to provide a scientific and effective theoretical support for the construction of the rule of Law Society.

Prev: Mao Xiao, an undergraduate student of Year 2012 in our college, was awarded “Rhodes Scholar” of Year 2017