Topic: The Fight Against Cross-Border Corruption: Clashing Rules Around the World 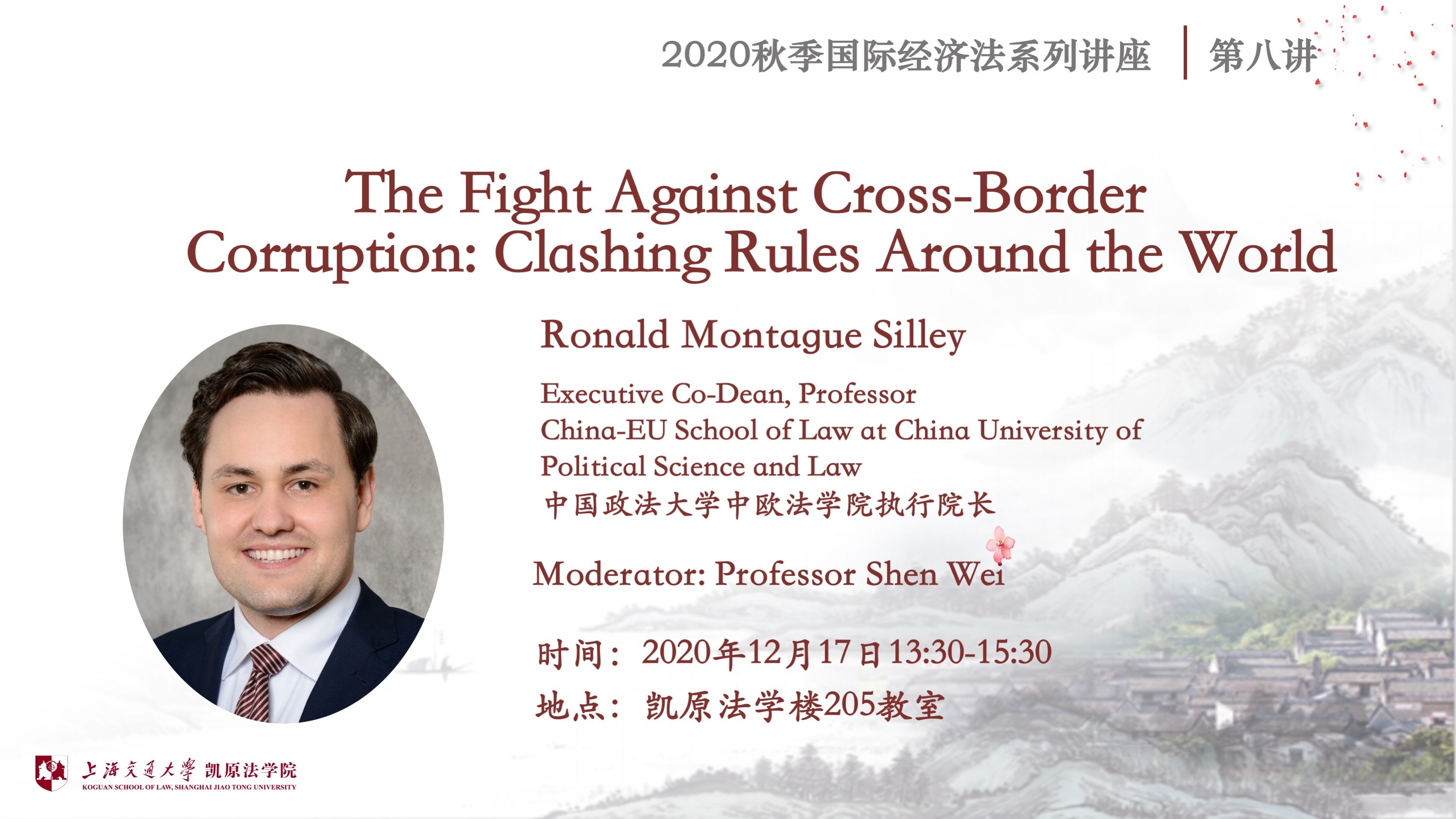 Ronald Montague ("Monty") Silley is the Executive Co-Dean of the China-EU School of Law at the China University of Political Science and Law. He previously taught law at various universities in Germany such as the University of Hamburg, Bucerius Law School, the Hamburg School of Business Administration, and Humboldt University of Berlin. He received his Bachelor’s from the University of British Columbia and his Juris Doctor (cum laude), from Case Western Reserve University. He also completed the European Master in Law and Economics program (with honours), and holds an LL.M. from the University of Hamburg, a Master from the University Bologna, and an LL.M. (cum laude), from Erasmus University Rotterdam. His professional experience includes a clerkship at Fourth District Court of Appeal in Florida before working at the Attorney General of the State of New York. In private practice, he focused on corporate and commercial law. He dealt with many high-profile contract, investment, and white-collar criminal litigation cases on Wall Street. Having edited numerous law journals, he is currently an Editor of both the China-EU Law Journal and Stanford Law School's China Guiding Cases Project. Elected as a Fellow of the European Law Institute and the Royal Society of the Arts, he is considered an expert in both anti-corruption as well as alternative dispute resolution. He is admitted to practice by the New York State Bar, has a Certificate of Qualification from the Federation of Law Societies of Canada, and is a certified mediator.