home
Professor Wang Xianlin from our school went to Brazil to attend the 5th BRIC International Competition and delivered a speech
Date:2017-11-11     Read:352

The 5th BRIC International Competition was held in Brasilia, capital of Brazil, from November 8th  to November 10th , 2017. The conference was included in the Xiamen Action Plan of Annex II of the Xiamen Declaration of BRICS Leaders in September this year. The conference will take "the second decade of successful cooperation" as a theme. More than 300 delegates from competition agencies, NGOs and the private sector from China, Brazil, Russia, India, the BRICS nations of South Africa and many other countries and regions attended the conference. 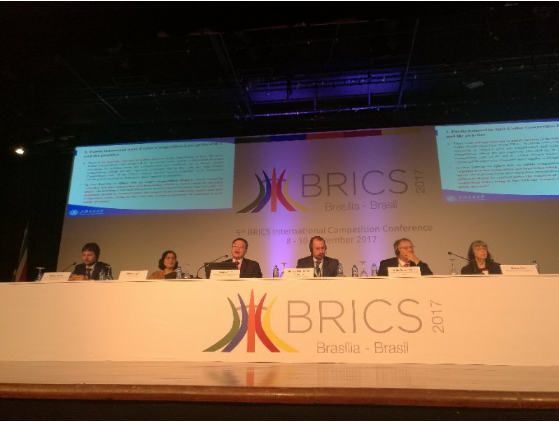 The relevant leaders of China's Ministry of Commerce, SAIC, NDRC and heads of the anti-monopoly law enforcement departments attended the meeting. Professor Wang Xianlin, director of Research Center for Competition Law and Policy of SJTU, was invited to attend this conference as the representative of China's competition law circle and gave a keynote speech at the plenary session on the topic of "Public Interest in Competition" and also conducted an interactive exchange with National law enforcement officials and scholars. 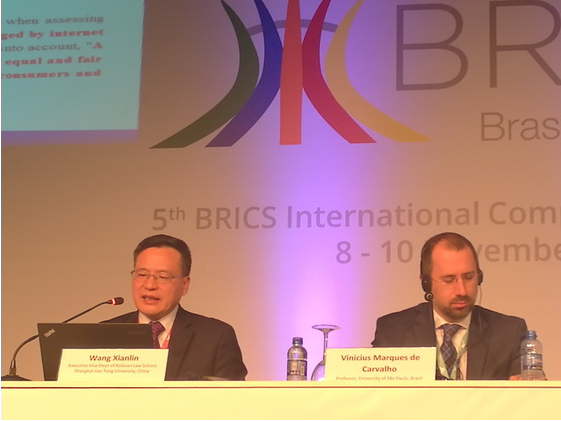 Next: Wu Hongbo, former Deputy Secretary-General of the United Nations, came to KoGuan School of Law to give lectures on