home
Wu Hongbo, former Deputy Secretary-General of the United Nations, came to KoGuan School of Law to give lectures on
Date:2017-11-09     Read:325 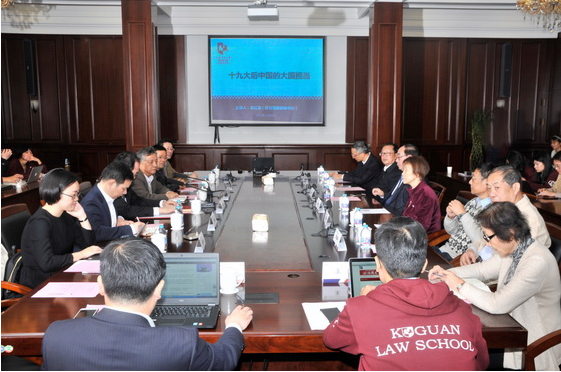 In this lecture, Wu Hongbo, Deputy Secretary-General, started from three aspects: the analysis of the current international situation, the international affairs that China has taken part in in recent years and how to cultivate international multilateral diplomacy. Wu Hongbo took the U.S. 2016 presidential election as an entry point and deeply analyzed the profound changes that have taken place in the current international situation. Then he introduced the important diplomatic work such as "building the Belt and Road", "AIIB" and other important diplomatic activities that China has actively carried out since the 18th National Congress of the Communist Party of China, fully demonstrating the positive contribution made by China as a responsible big country in the international community. At the end of the talk about the issue of personnel training in international organizations, he proposed that international multilateral diplomacy elites not only need to be equipped with excellent professional skills, understanding of national conditions and policies, but also excellent management ability, communication skills and ability to adapt to the environment. He hopes that the Jiao Tong University can train more outstanding diplomatic talents for the country, writing a new chapter in the diplomatic Chinese big power. 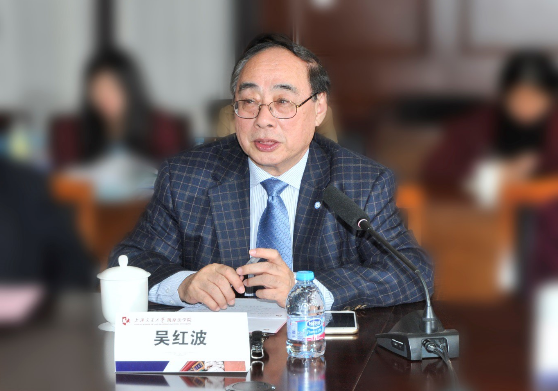 The lively atmosphere was held in the free discussion session. The experts and scholars present here conducted an in-depth discussion around the speech given by Deputy Secretary-General Wu Hongbo. Xia Chuntang, professor of Life Science and Technology School of Tongji University, Zheng Zhihua, Head of Institute of Maritime Law and history of East China University of Political Science and Law, Xu Xiaobing, Jiang Hongzhen, Huang Tao, Wang Jie and many other professors of KoGuan School of Law of Shanghai Jiao Tong University and representative students on the scene asked the speaker about the relevant issues. Deputy Secretary-General Wu Hongbo clarified and explained. We all have a deeper understanding of China as a big country after the 19th NPC. 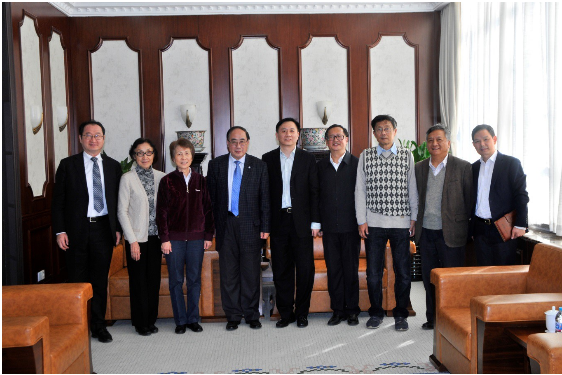 Prev: Professor Wang Xianlin from our school went to Brazil to attend the 5th BRIC International Competition and delivered a speech