home
Your Position:Home - Events "The Trump Presidency: Impacts to Immigration and More" Lecture was given by Lawyer Rodney Malpert
Date:2017-03-06     Read:363

On the afternoon of March 2nd, 2017, lawyer Rodney Malpert, senior partner of Fragomen Worldwide law firm, was invited to give a lecture entitled "The Trump Presidency: Impacts to Immigration and More" to students of KoGuan School of Law at Xuhui Campus of Shanghai Jiao Tong University (U.S. situation after Trump took office) ". The lecture was presided by Prof. Hou Liyang, assistant to the president and deputy director of Research Center for Competition Law and Policy of SJTU. Chen Yunxi and some law school masters, doctoral students and foreign students attended the lecture. 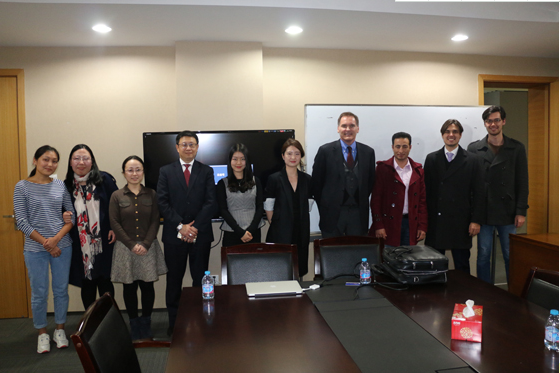 Before introducing the theme, Lawyer Rodney Malpert first introduced the U.S. immigration policy and pointed out that at present, the social members in the United States are mainly composed of residents, green card holders, post-graduate students studying in the United States, commercial visitors and illegal immigrants. The focus is on the U.S. zero-hour work visa and the permanent residence system and other related policies. The second part of the lecture is about the possible new changes to U.S. immigration policy after Trump took office. Starting from the separation of powers, Rodney Malpert analyzed the respective functions of the government, the parliament and the courts in the operation of the U.S. political system. He also considered that parliament and the judiciary could restrict the abuse of the presidential administrative power. In addition, he introduced U.S. courts forbidding government immigration policy cases in last month. Later, Lawyer Rodney Malpert introduced the different attitudes of the U.S. Democrats and Republicans on immigration policies and pointed out that there are still major differences in the immigration issues even within the same party. Finally, Rodney Malpert solicited a series of immigration policies after Trump took office and discussed the immigration policies with the teachers and students present here.

During the questioning session, Rodney Malpert answered the questions in detail raised by his students about whether the immigration policy will affect the social and economic development of the United States and the influence on the relationships between U.S and China after Trump took office. Finally, with the enthusiastic applause of the students, the lecture ended successfully. 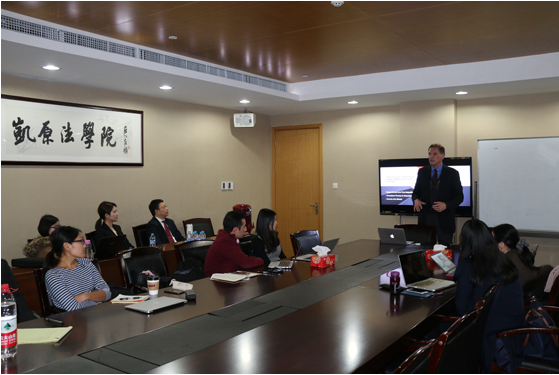 Next: A lecture given by Professor Andreas Engert of Mannheim University in Germany was held successfully