Ji Weidong welcomed the visit of Nishihara Shigeki and his entourages. He introduced the latest information about Japan Research Centre, its research area in law and OBOR, specific research project and publishing books planned in detail. Nishihara Shigeki introduced Shizuoka City University, its educational ideas and a new kind of cooperation called MIJBC (Made in Japan by China). He also said there was a trend to promote the communication among universities in China and Japan, and Japanese companies can cooperate with their Chinese counterparts to achieve success.

Cheng Jinhua introduced the history of the school, subject ranking, the number of students, discipline construction, academic research, student exchanges and international programs of Koguan School of Law. The two sides exchanged views on the possibility of making SJTU a platform for joint education on international elites and exchange entrepreneurs. Both of them sincerely expect to start cooperation as soon as possible.

In the end, Ji Weidong invited Nishihara Shigeki to attend the inauguration ceremony of Japan Research Centre and give a keynote speech at the “One Belt One Road, China-Japan Cooperation” forum held in Japan at the end of October, 2018. 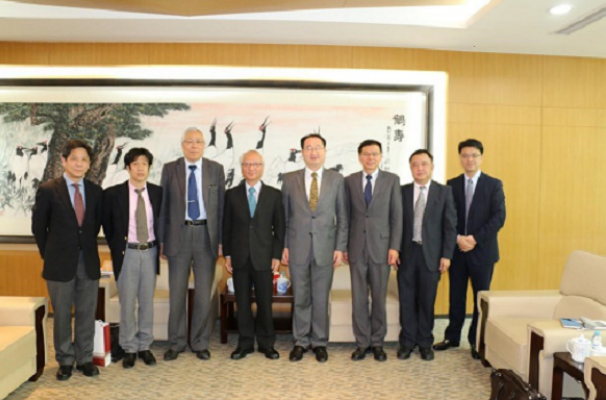 After the meeting, the two sides presented souvenirs and took a group photo as a commemoration.

Next: Prof. Kong Xiangjun was invited to visit the World Intellectual Property Organization and attended the China-Austria Science and Technology Innovation Seminar